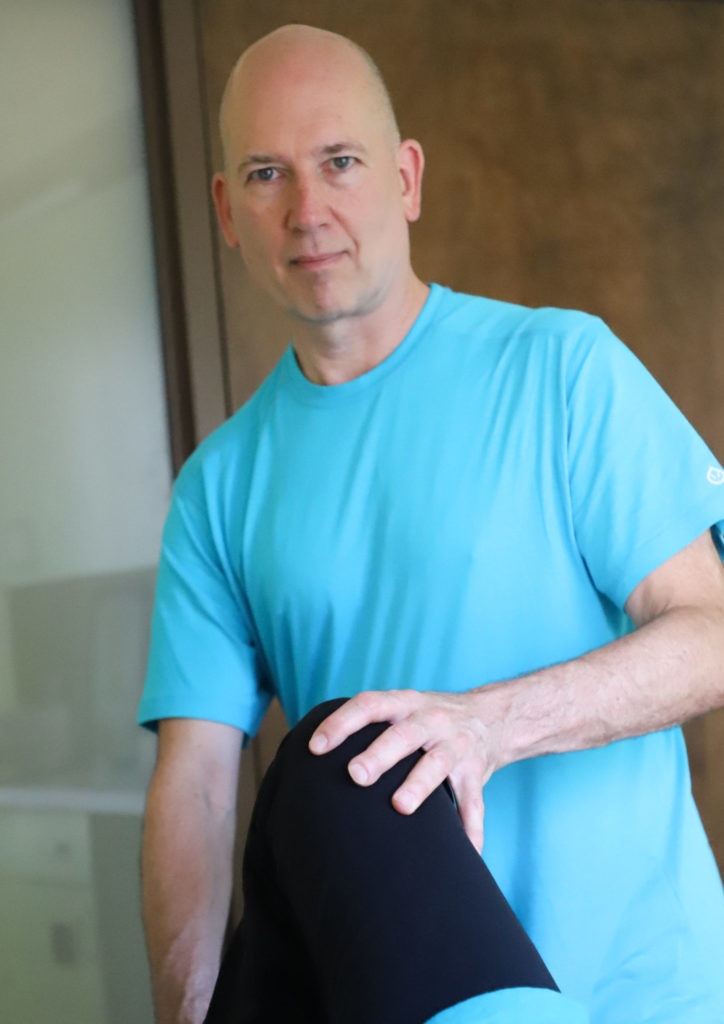 My journey to find the “one” modality or the “one” technique lead to my understanding that the capacity for healing and well-being is ultimately within the individual. Other practitioners tend to bring one treatment plan, one modality when dealing with clients and their pain. Often chronic problems never get fully resolved. I create a unique treatment plan along with education  to equip you with tools and knowledge to stay out of pain for good!

Michael Gilbert is a Human Movement Specialist in Wellness Education. Michael has been a guest on the Dr. Oz Show (radio), and his workshops have spanned the globe from noted health centers including the Hospital for Joint Diseases, Mount Sinai Medical Center and Institute for Women’s Disabilities to organizations ranging from British Airways to the Israeli Defense Forces.

As a Yoga Alliance Registered/RYT 500 instructor, Michael has been running yoga teacher training’s in New York City for over 30 years.  He holds certification in Structural Integration (Rolfing), Medical Massage, Shiatsu and has trained under BKS Iyengar. He has also studied Anatomy, Physiology, Chinese Meridian Therapy, Feldenkrais, Trigger Point Therapy and the Alexander Technique. He has taught internationally in yoga studios in Japan, Hong Kong, and Israel.